Fear and Panic - A Look at Gengar VMAX

When translations were originally released for Gengar VMAX, it immediately gained an incredibly high amount of attention. Many players viewed the deck as a slam dunk meta-changing deck. As time progressed, people began to compare Gengar VMAX, and Single Strike Urshifu closely, and came to the conclusion that Single Strike UrshifuVMAX (Battle Styles), was simply the better choice. Over the past week or so there has been significant debate on which one is better, and from my testing, I think both have their strengths and weaknesses, but I currently prefer playing both of them in my deck!. Let's take a look at my Single Strike box list!

Gengar V is actually one of the more interesting cards that people don't give enough credit to. Its first attack Dark Slumber does 40 and puts the active Pokemon asleep. In some rare circumstances, this can prevent your opponent from attacking the next turn and will swing a game in your favor. Its second attack “Pain Explosion” for 3 Dark Energy does 190 and deals 30 to itself, which is not a very strong attack, but provides decent damage output from a two prize attacker.

The main star of this deck is Gengar VMAX (Fusion Strike)! Clocking in at 320 HP, it is one of the hardest Pokemon in the game to one shot. Its first attack “Fear and Panic” reads This attack does 60 damage for each of your opponent's Pokémon V and Pokémon-GX in play. This attack provides great damage output for a very small amount of energy. Gengar’s second attack is where it truly shines! GMAX Swallow Up deals a massive 250 damage, and during your next turn, this Pokémon can't attack. Although the second effect can sting sometimes, the big difference this attack has over Single Strike Urshifus GMAXOne Blow is that it does not have to discard all of its energy when attacking. Paired up with Single Strike Energy, GMAX Swallow Up will be capable of one-shotting almost every Pokemon in the game! As of right now, there are 2 Gengar VMAX on the list. I feel like this is the sweet spot for the card because we have so many other attackers that we can use!

Most pokemon online decks need a solid teammate to provide support to one another, and Umbreon is the perfect match! Umbreon's “Dark Signal” ability provides a free gust effect once per game, and its attack Max Darkness deals a respectable 160 damage. Umbreon VMAX will be a crucial part of our strategy every game, and its ability makes this deck one of the most aggressive in the format! Currently, I have two Umbreon VMAX on the list, and that has felt like the perfect number.

Every train needs fuel to run, and Houdoom (Battle Styles) is this deck's fuel to keep our attackers attacking turn after turn! Houndooms Single Strike Roar reads “you may search your deck for a Single Strike Energy card and attach it to 1 of your Single Strike Pokemon. Then, shuffle your deck. If you attached Energy to a Pokemon in this way, put 2 damage counters on that Pokemon.” This ability is truly one of the most defining effects in the game and will allow all of our attackers to continuedly to attack. Four Houndoom is a must!

Moving onto another Single Strike Pokemon in the deck we have Single Strike Urshifu V(Battle Styles)! Although our deck is mainly focused on Gengar and Umbreon VMAX, it is still crucial to have a card that deals with fighting weak Pokemon. Urshifus Impact Blow deals a respectable 180 damage, and will give us the flexibility to handle every fighting weak deck in the game easily! Currently, I have just one Single Strike Urshifu V, and that has felt like enough. At some point, I could see a second copy being added in the future.

Last but not least we have Single Strike Urshifu VMAX (Battle Styles)! Now, this may come as a surprise to you, but I still play one Urshifu VMAX in the deck! With cards like Duruladon VMAX (Evolving Skies) beginning to nudge its way back into the meta, and Zamazenta (Sword and Shield) being a part of the meta, having that option to GMAX One Blow and tear through any abilities that may hinder our other Pokemon, really provides astonishing flexibility for this deck. Although powerful, this card will not see play in every game, meaning that one copy is substantial as of right now.

Typically, Great Ball is not played on this deck. Over time though, I have found that this deck's biggest crux is the inability to set up your evolutions quickly enough. With so many moving parts, it is critical to have as many search options as possible. Having Great Ball provides that little extra consistency boost, that will greatly decrease dead drawing, and will allow our deck to thrive. Currently, three Great Ball feels like the sweet spot.

Originally Tower was a four-of in this deck. Over time though, I have come to the conclusion that Great Ball has provided a much bigger boost to consistency than Tower ever did. Our Single Strike deck is one of the rare decks that does not suffer too severely from Path to the Peak, so Tower felt like more of a “win more” card, rather than a necessity. Currently, I have just one slotted into this list, but you can cut all three Great Balls, and add back three Tower of Darkness if you chose. At this time, I am comfortable playing just one.

Now, this is a card that we don't see in Single Strike decks every day! First and foremost, I would like to give credit to Zach Lesage for this idea. Vitality Band has been included in the deck to adjust the damage output numbers to our favor. Gengar VMAX with three Single Strike Energy deals 310 damage, which is just short of knocking out multiple VMAX Pokemon. Having Vitality Band allows us to deal 320 damage, which can be the difference between winning, and losing a game.

Lastly, we have Hiding Energy! As our Single Strike deck is more heavily focused around dark type Pokemon, having energy that provides our dark Pokemons free retreat, will give our deck more flexibility. Gengar VMAX's second effect, unfortunately, leaves it unable to attack during your next turn, so having the option to easily retreat it out of the active spot is really nice to have!

These are my thoughts on Single Strike Gengar! I have been having oodles of enjoyment playing games with this deck, and I believe that it is going to succeed in the meta! I think that Gengar is severely underrated, and its potential is going to shine in upcoming Online and IRL tournaments. Thank you all for reading my most recent PTCGO Store article. If you are looking for PTCGO codes, PTCGO Store offers the best deals on the market! That's all for me today, I appreciate each and every one of you spending the time out of your day reading my article. I hope to speak with you again soon.

Gabriel Smart is a contributing article writer for PTCGO Store. Gabriel currently resides in the Sacramento, California area and has been playing the game casually since 2010 and competitively since 2018. He streams on Twitch under the name GabrielSmartTCG, creates competitive Pokemon content on Youtube under the name SmartTCG, and posts about his tournaments results and life on Twitter @SmartTCG. Outside the game, he is a huge baseball and basketball fan and loves everything to do with athletics.
SHARE THIS POST
前のブログ
次のブログ 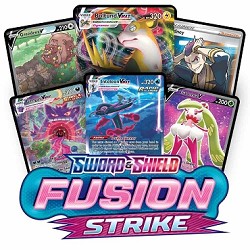 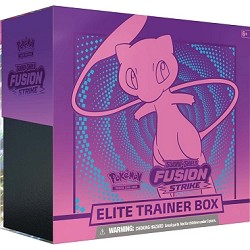