Written by Pokemon TCG trainer on 11/8/2022 at category Deck Lists
Good morning Pokemon Trainers! In light of this year's almost ending, we are also seeing another ending come to fruition: the end of the SSH-SHF format. We are now introducing the newest expansion: Silver Tempest, into the mix, and boy, is it ever a shakeup. We see the release of the standard’s newest boon, Lugia VSTAR, which will begin to dominate the moment it is released. This baron of a Pokemon has whopping unique features that we’re going to go over a little later in the article, but not many Pokemon can stand up to its strength. We also see some unique Pokemon come into play, like Regidrago VSTAR as well as Regieleki VMAX - both offering unique buffs to their own respective types. Lastly, we’ll be featuring a bit of a meme deck in Sunflora, but don’t be fooled: this single Prize Card Pokemon can pack a big punch very easily and stifle even the strongest of archetypes. You’ll also see many new Trainer cards seeing played in a lot of these Pokemon online decks, one of my personal favourites being Serena. Let’s hop into today’s article!
I booted up my Pokemon Trading Card Game Online app, loaded up some PTCGO codes, and then traded those Pokemon online codes to trade for this deck. I was very excited, and it honestly didn’t take that many PTCGO codes to make the deck. If you’re looking to buy some codes, we sell them here on PTCGO Store, and I highly urge you to check out our competitive pricing and swift delivery! Let’s talk about the newest decks we’ll see in Lost Tempest! 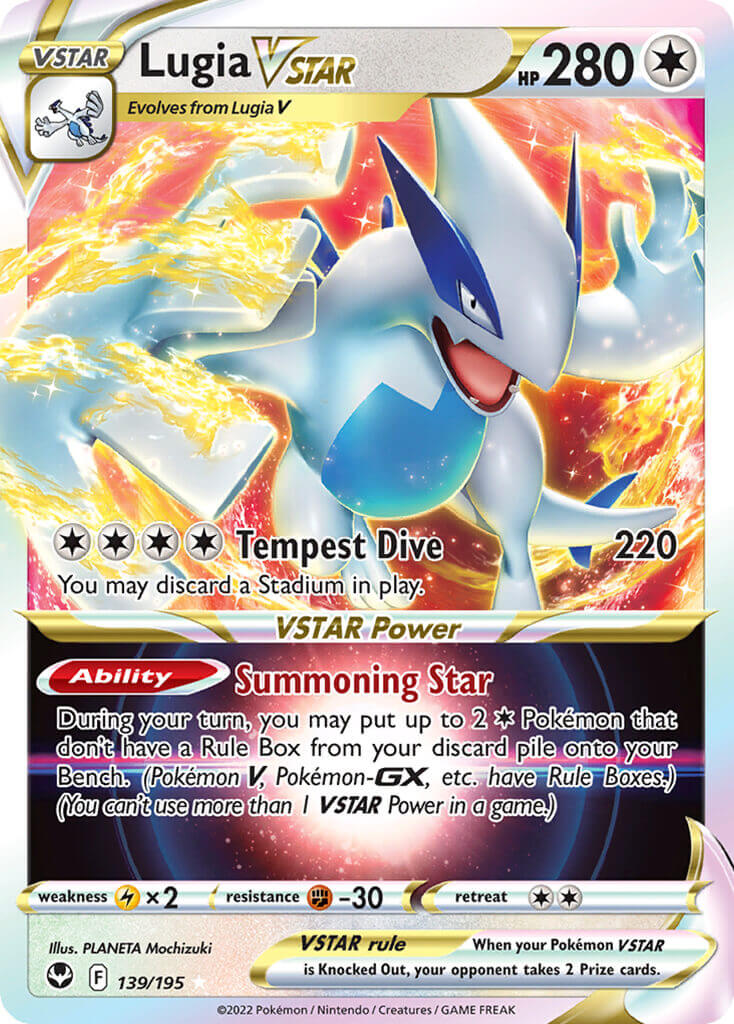 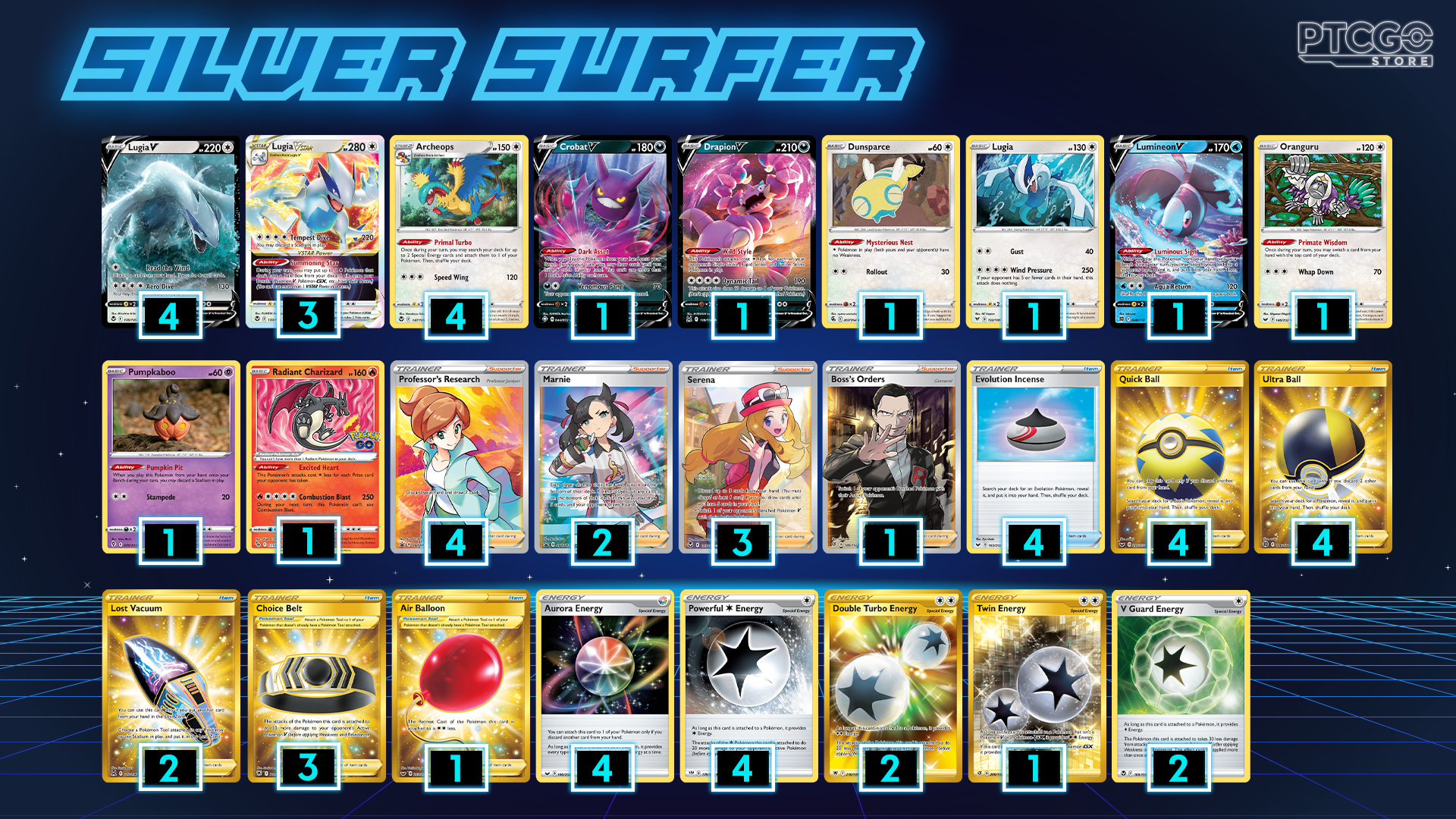 Lugia VSTAR is going to be the next big deck: it’s quick, efficient, and able to scale its damage numbers in order to hit big OHKOs without burning too many resources. Lugia also has a decent variety of attackers that can be played in this deck, ranging from Radiant Charizard to Amazing Rare Yveltal to baby Lugia. Anything that you can think of, Archeops can power it up with the help of Aurora Energy. Temple of Sinnoh will be amongst one of the biggest problems for this deck. However, Lost Vacuum and Pumpkaboo can aid in a pinch. Combined with the fact that we can now play Serena, a new Supporter from Silver Tempest, in our decks, we’ll see an upswing in consistency as well as increased odds of gusting up key Pokemon. The biggest plus about playing Serena is the fact we can discard copies of Archeops from our hand and get them into the discard pile so that when we use Lugia’s VSTAR ability, we can bench two targets instead of just one. 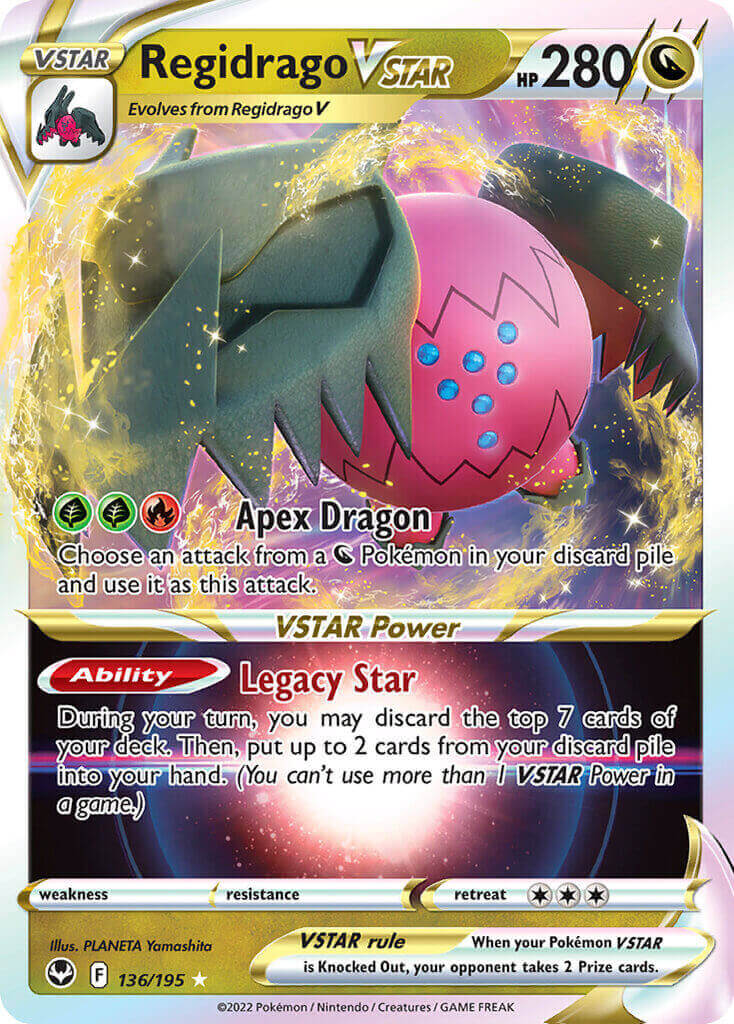 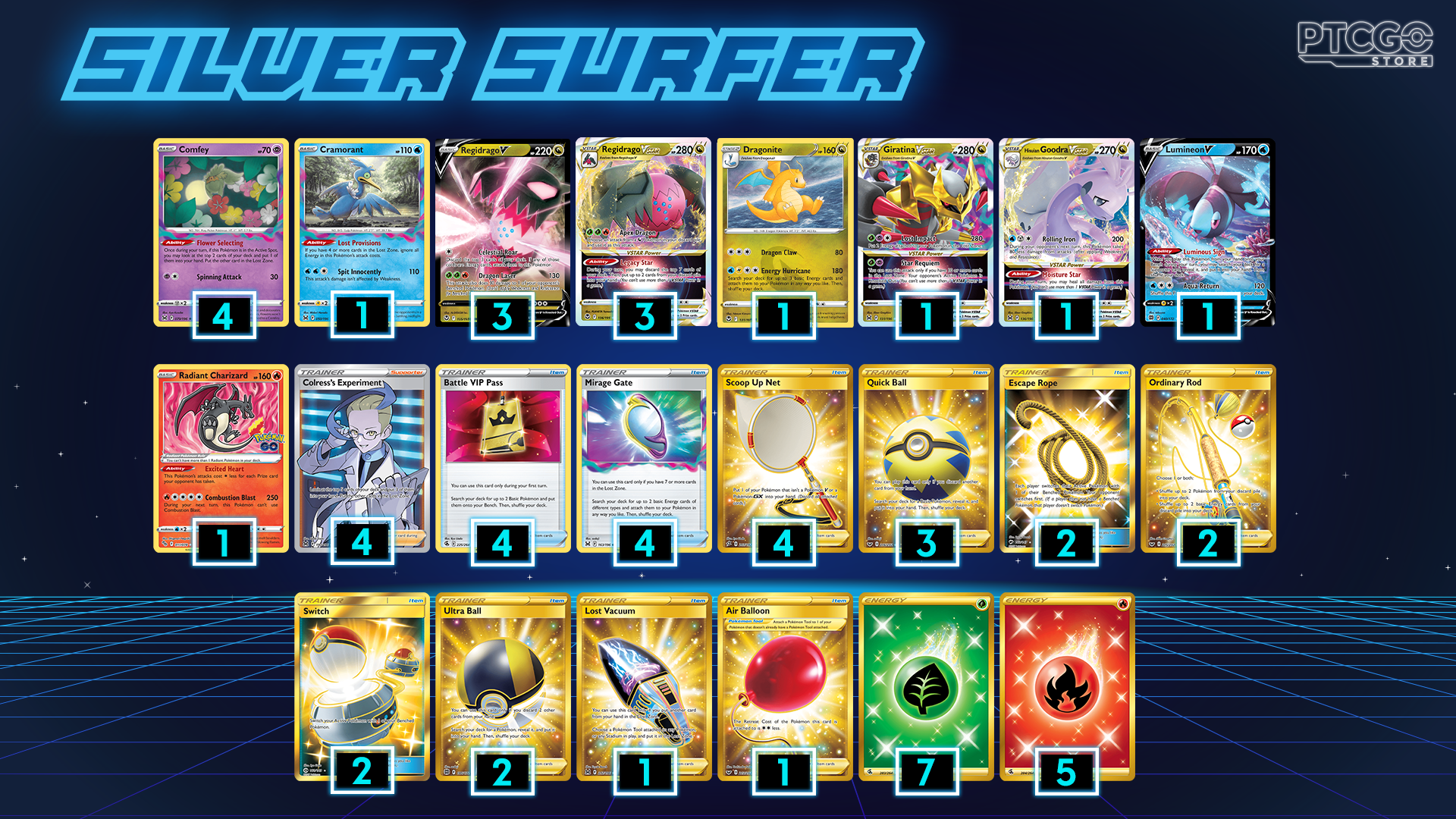 This Regidrago VSTAR deck reminds me heavily of Mewtwo & Mew Tag Team GX, mostly because of how easy it is to copy valuable attackers. In this case, we’re not using an ability to copy our attacks, we’re actually using an attack to do so, meaning stuff like Path to the Peak can’t affect us! Regidrago’s versatility adds so much to this deck, allowing us to copy any Dragon-type Pokemon from our standard card pool. This also means that as more sets become released, this deck will gradually gain more and more options. We utilize a Lost Zone engine in this deck with our main setup Pokemon Comfey drawing us lots of cards each turn. The main goal of Lost Zoning so many cards is so that we can hopefully use Mirage Gate on the second turn of the game to setup our Pokemon as we wish and begin attacking as soon as possible. Regidrago requires multiple energy to attack, so it isn’t easy getting him powered up efficiently. This Pokemon Online deck is a bit of a wildcard as I’m unsure how well it will do - that being said, I do think that people will try it out numerous different ways and figure out some common way to play it. 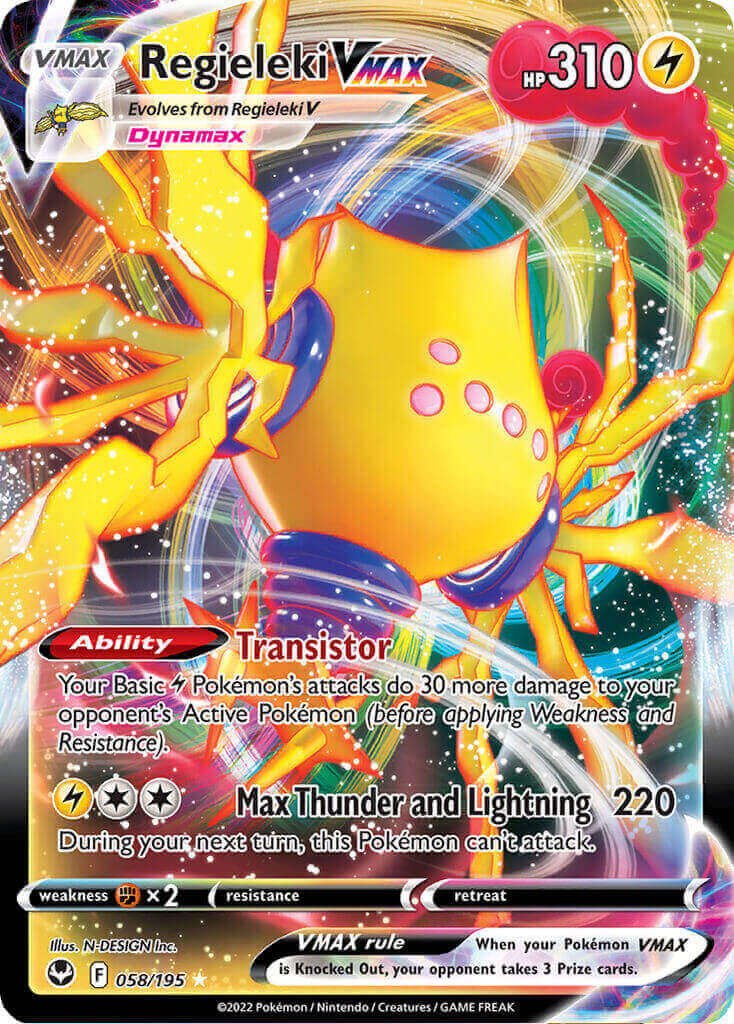 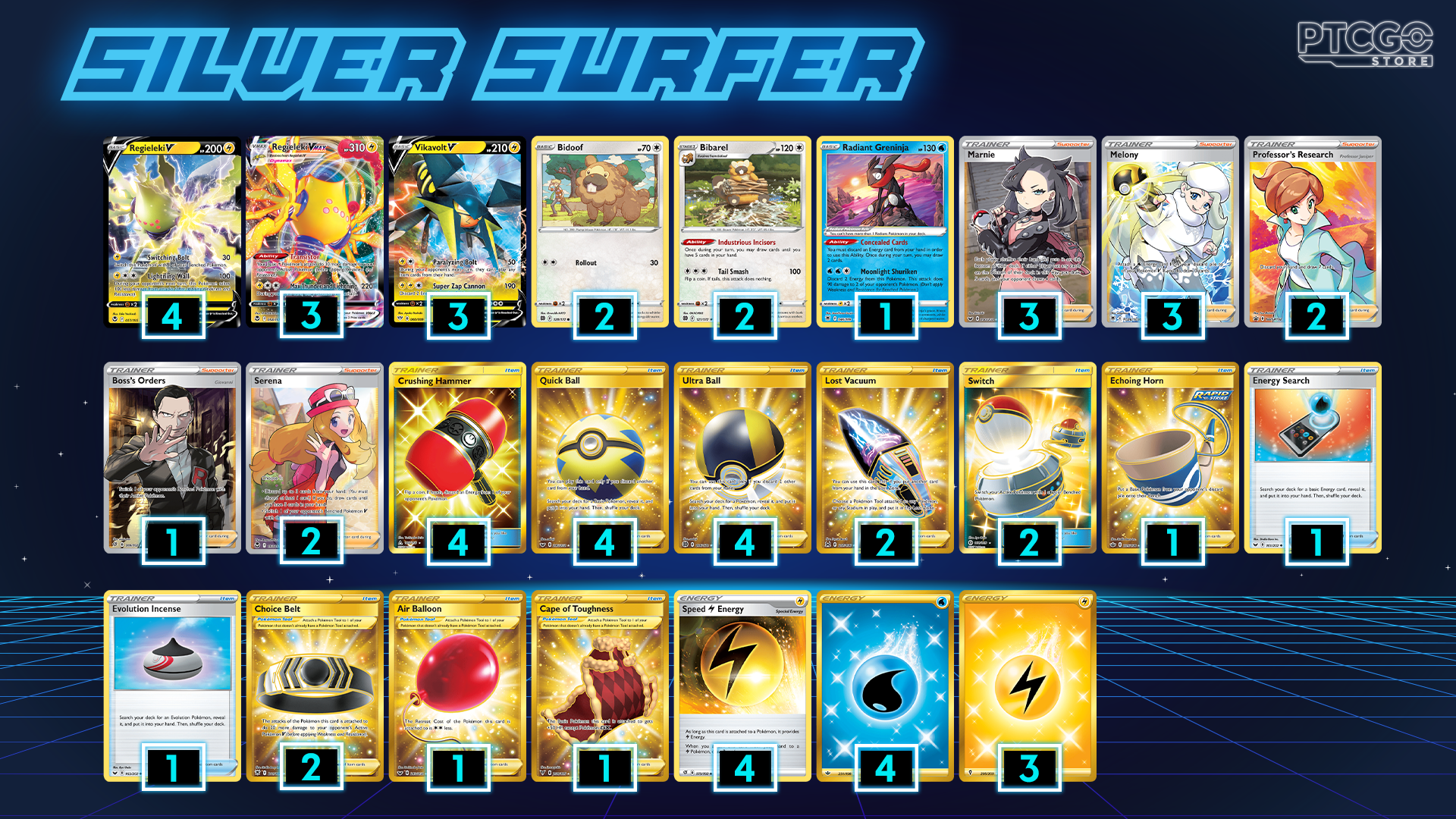 Vikavolt V is the star here, mostly being supported by a new VMAX Pokemon in this upcoming expansion, Regieleki! Paralyzing Bolt as an attack reminds me a lot of an archetype that was top-tier a few years back, Seismitoad-EX. Seismitoad’s Quaking Punch attack only did 30 damage, but along with other buffs like Hypnotoxic Laser and Virbank City Gym, the damage could stack up very easily. This deck is very much the same, with Vikavolt aiming to swing as early as possible and Regieleki functioning as the damage modifier. Ultimately, we can speed off in the early game with Melony to attach extra energy to our buggy protagonist and then slowly setup lots of Regieleki on the bench to hit harder and harder. Preventing our opponent from using Item-cards will slow them down a lot, rendering us to have extra setup time. The added consistency of Speed Lightning Energy in this deck is really nice, especially since we are somewhat of a turbo build. Alongside Radiant Greninja, we should be able to draw into what we need as soon as possible and start swinging for big damage! Buzz, buzz! 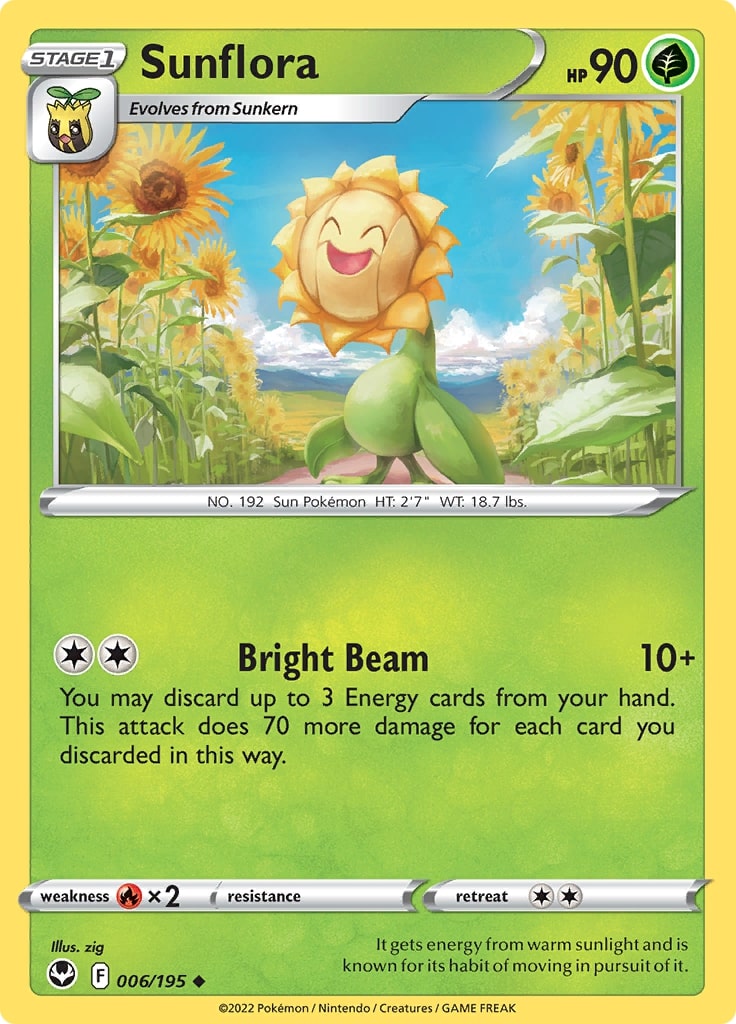 While I don’t expect this deck to be top-tier off the bat, I like to always supply a single-Prize Card deck whenever I create roundup articles like this. Sunflora supplies that option handily and is somewhat of a budget deck! It also has lots of options as it uses Zoroark as a pseudo-setup Pokemon/attacker. Ideally, our goal is to setup Sunflora on the second turn of the game and keep attacking until we gain a positive prize exchange with our opponent. It can be tough for some opponents to keep up with a glass cannon such as Sunflora, and that’s what makes this deck so strong. If there’s a lot of Mew VMAX in your area, you can throw in Mightyena or perhaps a copy of Drapion V. You can also add in other cool attackers, like Flapple to put in some work against the opponent. Either way, this really cool deck is very creative and extremely light on the wallet. It’s a way to have lots of fun against those big VMAX Pokemon we’re seeing more and more of, and it has a good shot against most decks nowadays. Just watch out for decks with Sableye in them, and you should be okay.

This is just a small preview of what decks are to come with the new Silver Tempest expansion being released very soon. You should prepare for these new archetypes to be seen in your area by buying some cards from the new set when it’s available and trying out some ideas for yourself! All of these Pokemon TCG online decks are viable to some degree and can most definitely give you a shot at earning some Championship Points to go towards your invitation to the Pokemon World Championships. Ciao for now!
If you’re looking for PTCGO codes for the Pokemon TCG online game, feel free to pick some up in our shop. We offer Pokemon TCG Online codes at a very competitive price and ensure instant delivery of your PTCGO codes directly to your email. Thank you for reading this article today on the PTCGO store! Have a great day.
SHARE THIS POST
Previous Post
Next Post 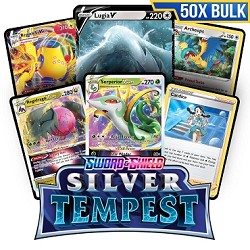 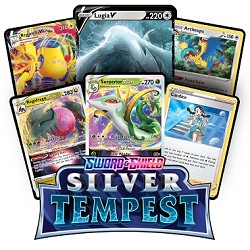 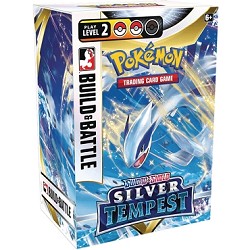 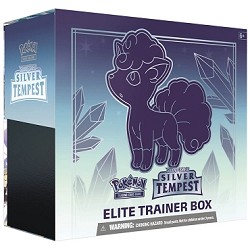