Written by Chip Richey @TrainerChip on 9/14/2020 at category
Every fall we have received a special collectors set for the Pokemon TCG and Pokemon TCG Online. More often than not, these sets serve more as a way to sell additional product for the holidays, and don’t very often bring much of a competitive impact. With the exception of Zoroark-GX in Shining Legends, very rarely have exclusive cards from these sets seen competitive play. Champions Path is actually bringing some very powerful reprinted cards to the table in Eldegoss V, Professors Research, and Marnie. I think it’s a great thing to include these strong support cards as reprints in this set, but outside of these cards that have already proven themselves, it seems like the set doesn’t have too much to offer at this time. With that being said, some of these cards do show potential, especially if future support comes for any of them in the future. These are my top 5 Pokemon TCGO code cards from Champions Path. 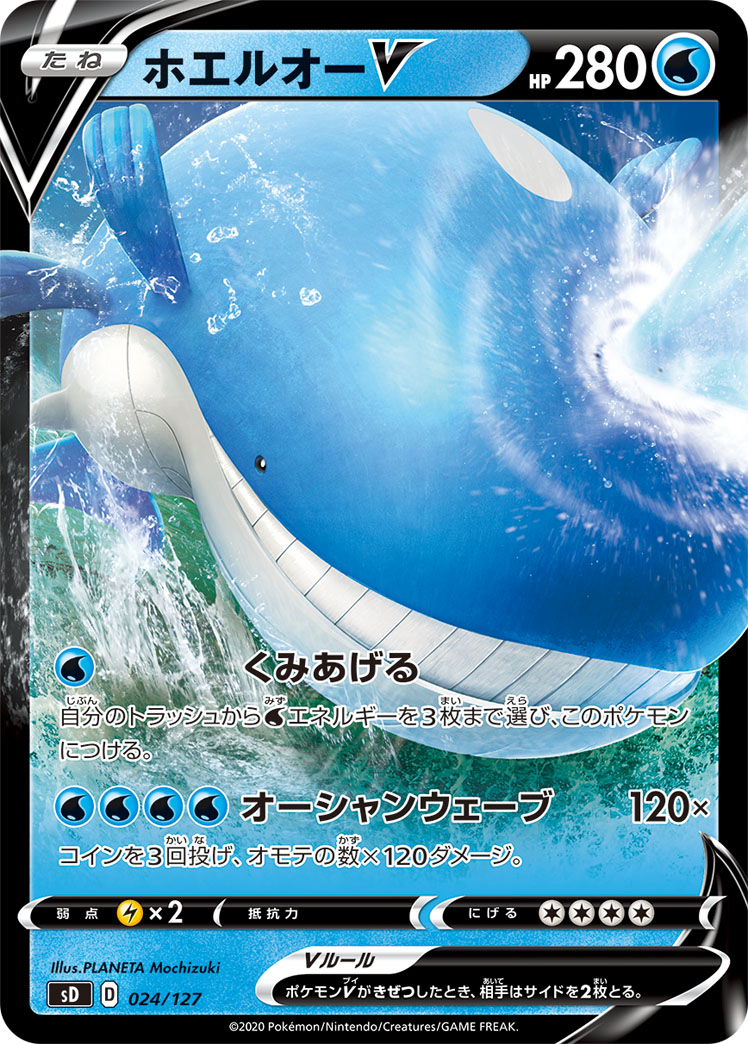 Basic Pokemon
[W] Pump Up: Attach up to 3 [W] Energy from your discard pile to this Pokemon.
[W][W][W][W] Ocean Wave: Flip 3 coins. This attack does 120 damage times the number of heads.
When your Pokemon V is Knocked Out, your opponent takes 2 Prize cards.
Weakness: Lightning (x2)
Resistance: none
Retreat: 4
-------
Wailord V boasts an impressive 280 hit points, which is the most we have ever seen on a basic that only gives up 2 prize cards. I think there are a couple of potential options for a deck like this. I can of course see it being included in a stall deck, similar to the Wailord-EX deck that Enrique Avila got 2nd place with at US Nationals back in 2015, but I also think it shows potential as an attacker.
It’s first Attack for 1 Water Energy allows you to accelerate 3 Water Energy from the Discard Pile to Wailord V. Self acceleration Attacks like this have generally not been great in the Pokemon TCG, but since Wailord V has so much HP, I could see this being a good option to power up a 4 Water Energy “Ocean Wave” which allows you to Flip 3 coins, then do 120 damage for each heads. When combined with Glimwood Tangle, you could find yourself being able to re-flip quite favorably, hitting up to 360 damage! 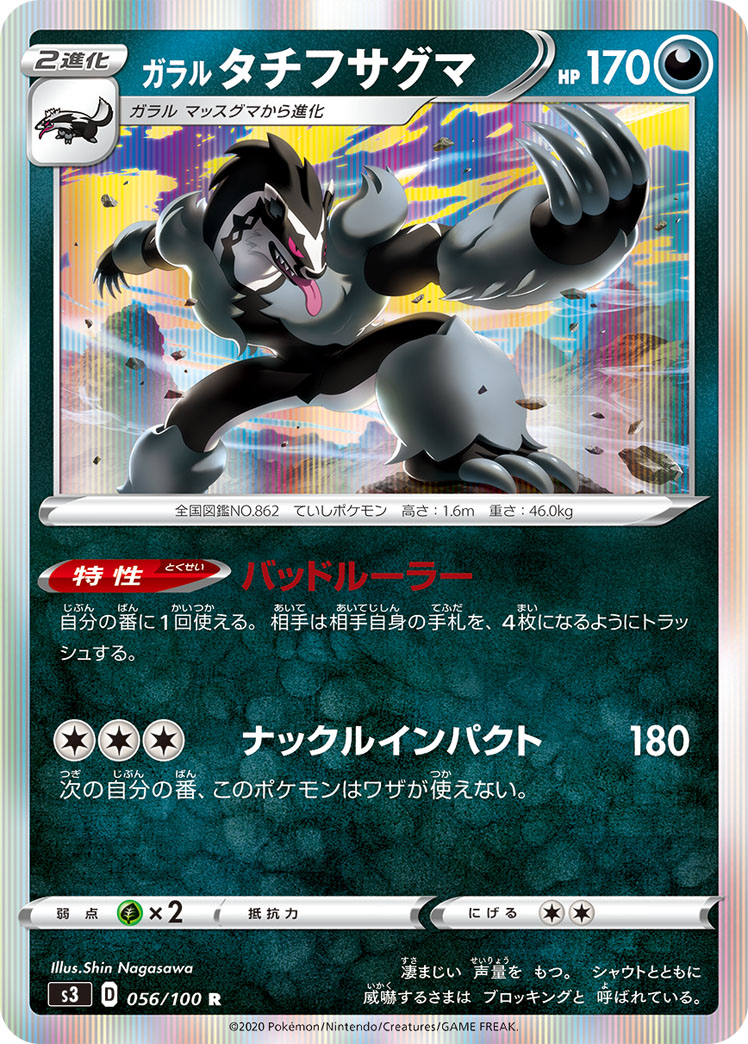 Stage 2 – Evolves from Galarian Linoone
Ability: Bad Ruler
Once during your turn, you may have your opponent discard cards from their hand until they have 4 cards left.
[C][C][C] Knuckle Impact: 180 damage. This Pokemon can’t attack during your next turn.
Weakness: Grass (x2)
Resistance: none
Retreat: 2
-------
While Galarian Obstagoon does have the issue of being a Stage 2 Pokemon, the Bad Ruler Ability gives it quite the upside. This ability allows you to force your opponent to discard down to 4 cards once per turn. This of course could combine well with the already existing Galarian Obstagoon from Sword and Shield Base Set, and I could also see this being an option for control and mill archetypes at some point as well. 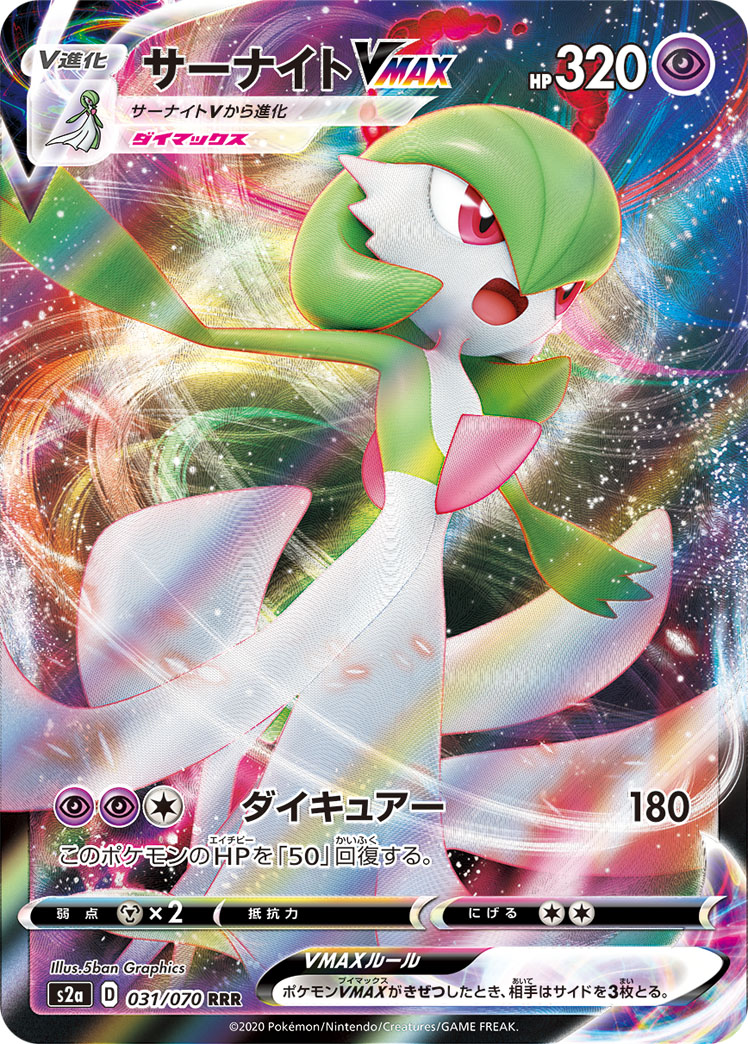 VMAX Pokemon (Dynamax) – Evolves from Gardevoir V
[P][P][C] Max Cure: 180 damage. Heal 50 damage from this Pokemon.
When your Pokemon VMAX is Knocked Out, your opponent takes 3 Prize cards.
Weakness: Metal (x2)
Resistance: none
Retreat: 2
-------
I think Gardevoir VMAX has the best shot of the 3 brand new VMAX Pokemon at being successful. While it is hindered by an attack cost of 3, the potential amount of healing you can do in 1 turn is very high. Max Cure does 180 damage, which will 2 hit KO any opposing Pokemon in the game, while also allowing you to heal 50 Damage from your Gardevoir VMAX. When combined with the new (and quite interestingly named) Strange Canned Food, you could potentially heal a very high amount of damage from Gardevoir VMAX each turn. I think Gardevoir shows promise, but the high attack cost in addition to its weakness to the ever popular Zacian V, do stand to hold it back. 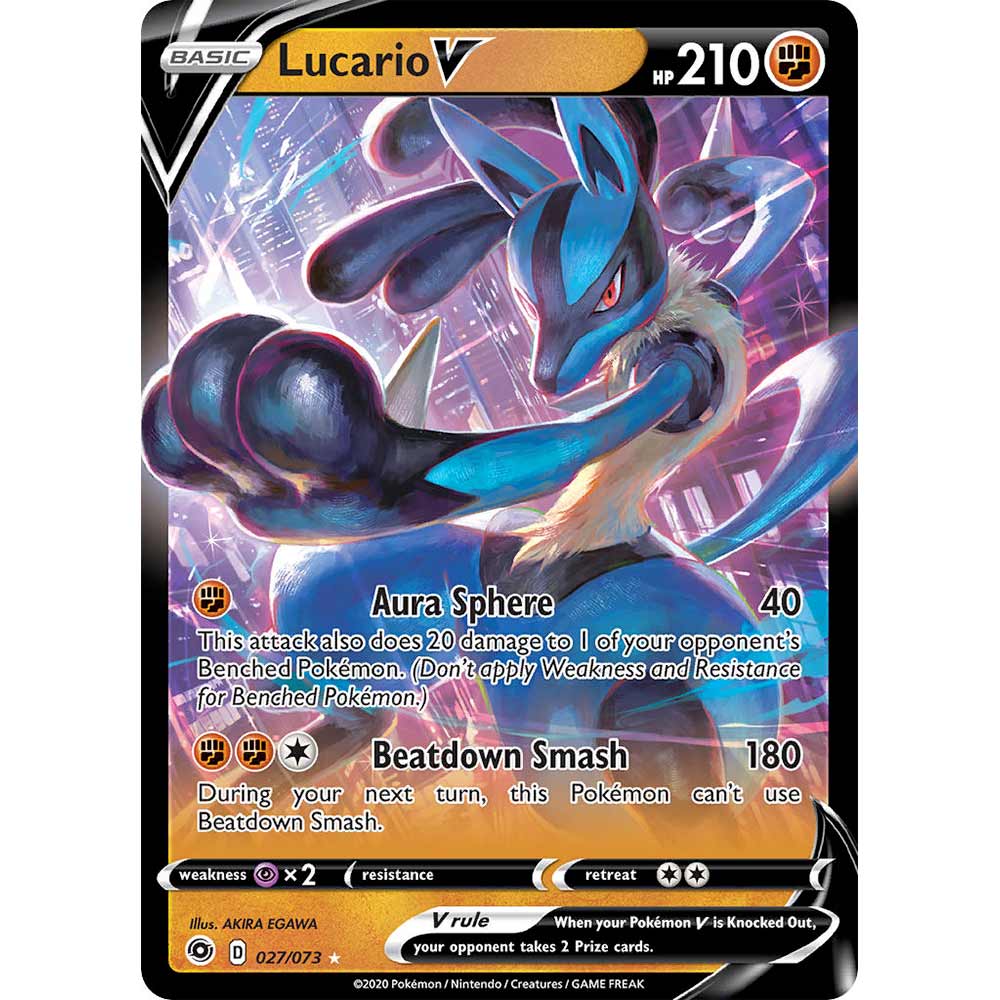 Basic Pokemon
[F] Aura Sphere: 40 damage. This attack does 20 damage to 1 of your opponent’s Benched Pokemon. (Don’t apply Weakness and Resistance for Benched Pokemon.)
[F][F][C] Beat Smash: 180 damage. This Pokemon can’t use Beat Smash during your next turn.
When your Pokemon V is Knocked Out, your opponent takes 2 Prize cards.
Weakness: Psychic (x2)
Resistance: none
Retreat: 2
-------
Ah the memories. Lucario V is extremely reminiscent of Buzzwole-GX, which was a powerhouse in the standard format in previous years. Aura Sphere gives you a spread damage option to allow for Beat Smash to pick up KOs later on in the game. Also the biggest thing this card has going for it is the Fighting Typing because of how dominant Eternatus VMAX has been so far this season. I expect Lucario V to pair well with Turbo Patch, allowing for extra acceleration and speed. 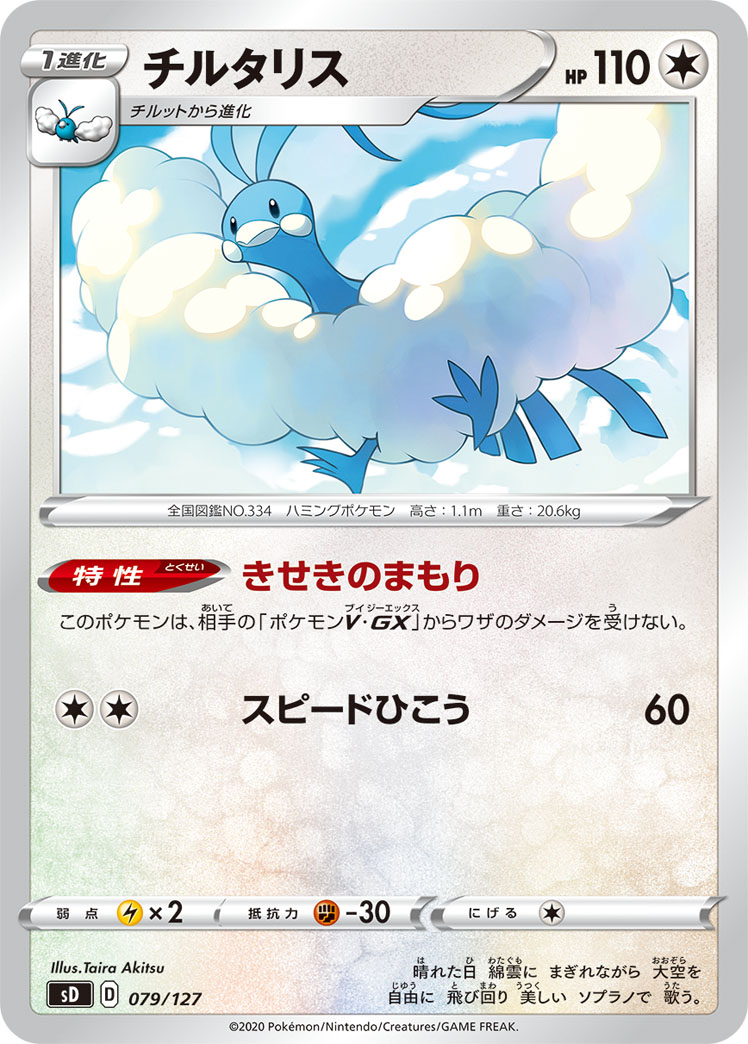 Stage 1 – Evolves from Swablu
Ability: Miracle Guard
Prevent all damage done to this Pokemon by attacks from your opponent’s Pokemon V and Pokemon-GX.
[C][C] Mach Flight: 60 damage.
Weakness: Lightning (x2)
Resistance: Fighting (-30)
Retreat: 1
-------
The card I believe to have the most potential coming out of Champion's Path is Altaria. It feels odd not to put a new V or VMAX at number 1, or even a powerful new trainer card. While Altaria can only do 60 damage with Mach Flight, its Ability Miracle Guard is what makes it so strong. This Ability has the same effect as Decidueye DAA’s Deep Forest Camo, which protects it from all damage done by your opponents Pokemon V and GX. And Pokemon V and GX are absolutely dominating the game right now. Now Decidueye has seen some success, but I think Altaria maybe stands a better chance since it is a Stage 1. This is the type of card that is easy for your opponent to tech for, but if your opponent is not playing a good answer, expect to find yourself beating up on V and GX reliant decks!
All in all, I don’t think Champions Path brings that much competitive value to the Pokemon TCG and PTCGO, but I’m certainly excited to give some of these new cards a try, and I’m hopeful that someone out there will prove me wrong! You can get some Champion's Path Pokemon TCG Codes here on PTCGO Store!
I hope you enjoyed!
Chip Richey
SHARE THIS POST
Previous Post
Next Post