Written by Pokemon TCG trainer on 1/2/2021 at category
When players initially say the new Pokemon TCG Online Expansion, Champion’s Path first release, they took one look at the set and passed it off as “mediocre at best”. Alcremie VMAX was a card that stole the show for many players, however with a Weakness to Metal-type Pokemon, and Zacian V getting a cosign from many seasoned pros online, this creampuff Pokemon doesn’t seem fit for the current metagame. I decided to poke a little deeper and look at a few more Pokemon from the set. Skimming through the Colourless-type Pokemon, Altaria seemed like a very strong card, namely being able to take care of popular V and GX Pokemon. Unfortunately, I haven’t found a way for Altaria to take on 1-Prize Pokemon such as Blacephalon UNB, or Decidueye DAB. After gathering some PTCGO codes, doing some trades, and getting all of my cards for Wailord V, I’m pleased to say that I think we’ve found a clear winner from the set. Let’s take a deeper dive into one of the coolest card from the newest Pokemon TCGO Expansion, Wailord V!

Wailord V has an amazing spread-out of talents from a statistical perspective; boasting a base stat of 280HP, it’s not going to get KO’ed by many Pokemon. The most common card that can OHKO a Wailord V would actually be Eternatus VMAX DAB, with the use of it’s Dread End attack. Being able to attack Wailord for 270 damage is terrifying – they’re able to finish off a Wailord V with the single usage of a Galarian Zigzagoon with it’s Zigzag Headbutt ability. For this reason, we’ve added in Cape of Toughness to boost Wailord V to an even higher ceiling of 330HP! Without the use of cards such as Tool Scrapper, there’s no way our opponent is getting that OHKO too easily.
The first attack on Wailord V is fantastic for being self-sufficient – Draw Up can net us three Water energy from the discard and attach it directly to Wailord. This is great in instances where we have no more Water left in our deck, or for the first turn of the game when we haven’t established a Frosmoth yet. The second attack, Ocean Waves, is a bit of a gamble; however, with the use of Glimwood Tangle, we can abuse the fact that our attack relies on coin flips to do significant damage. It takes four energy to use, however with Frosmoth’s ability we’re able to attach all of our energy within a single turn (provided the Frosmoth is in play). Wailord V has weakness to Lightning, which means it will naturally struggle against Boltund V and Pikarom, however with the right amount of heads we can take down any attacker in our way. Wailord V is a very large boy, and in turn has four Retreat Cost, so I’ve been sure to include multiple copies of switching cards in the list – let’s get into it below:
Pokemon – 16
1 Crobat V DAA 104
2 Dedenne-GX UNB 57
1 Keldeo-GX UNM 47
4 Snom SSH 63 *
4 Wailord V CPA 13
3 Frosmoth SSH 64
1 Marshadow UNB 81
Trainer Cards – 34
3 Switch HS 102
2 Cape of Toughness DAA 160
2 Boss's Orders RCL 154
2 Energy Retrieval PRC 126
4 Glimwood Tangle DAA 162
1 Air Balloon SSH 156
4 Professor's Research SSH 178
4 Marnie SSH 169
4 Quick Ball SSH 216
4 Pokémon Communication HS 98
4 Capacious Bucket RCL 156
Energy - 10
10 Water Energy BLW Energy 9
Total Cards - 60

4-3 Frosmoth
We play a thick Frosmoth lineup because we want to generally have at least two Snom in play to start the game, and setup two Frosmoth. This way, we can avoid our opponent using Boss’s Orders to gust one of them up and leave us Frosmoth-less.
1 Keldeo GX
Keldeo is going to be our main GX attack that we try to use in every matchup. This card is especially good against Eternatus, and if we ever face a deck that is all GX Pokemon, we’ll have a fairly easy time. Keldeo’s first attack also allows us to attack against any Pokemon, including Obstagoon and Decidueye.
1 Marshadow
This Pokemon is solely in here to get rid of Chaotic Swells in certain matchups. By removing Chaotic Swell from play, we can then play down our Glimwood Tangle and have better probabilities of getting a KO.
2 Cape of Toughness
This is a card that we could honestly play more copies of, and I’ve been considering it. Cape of Toughness not only makes your Wailord V’s into “super whales”, but it also allows you to avoid OHKO’s from strong Pokemon such as Blacephalon or Eternatus. Having a Cape on at least one Wailord a game is key to surviving, and helps boost Wailord’s already ridiculous HP.
4 Capacious Bucket
These are better to draw then energy in this deck, especially since Frosmoth allows us to attach energy right away. Each Bucket not only thins our deck of two Energy, but increase our odds of drawing into other Buckets (and not more Energy). When you use Dedechange and need to hit three energy, you’ll feel real good drawing into a Capacious Bucket. This card kind of “compresses space” in your deck, so it’s almost as if it allows you to play 64 cards.
1 Air Balloon
This card will almost certainly be attached to a Frosmoth since we want a pivot at all times. I want to find room for a second Balloon but it’s currently difficult to find the space for it. This card is key since you can only use Frosmoth’s Ice Dance on benched Pokemon, so when you send up your Frosmoth with an Air Balloon on it, you can safely retreat into a fully loaded Wailord after attaching all of your energy to it.
10 Water Energy
We just need enough energy in this deck to power up two attackers (since the opponent will probably try to KO two Wailord V, and one Dedenne/Crobat). The extra energy are just in case we need to push one extra attacker out, such as a Keldeo GX. Energy Retrieval also supplements our energy count in this deck, as well as Capacious Bucket.

Eternatus (Favourable) – In this matchup you’re going to rely on Cape of Toughness to boost your Wailord V’s HP just enough so that you don’t get OHKO’ed. If your opponent plays Dangerous Drill or Tool Scrapper, you could be in for a rocky matchup, however most lists right now are not running either. When using Wailords attack with Glimwood Tangle in play, you generally want to try and re-flip if you don’t get three heads the first time. The reason behind this is because if you’re facing down a 340HP Eternatus VMAX, you’ll easily 2HKO it, however if you ever land an OHKO, it will almost immediately secure you the game. Don’t forget to dodge their Zigzagoon pings because they can sneak up on you in this matchup!
ADP/Zacian (Slightly Unfavourable) – You really need to OHKO the ADP on the second turn of the game in order to have a chance here. Luckily, this deck is quite consistent at getting setup, so all you’ll need to do is flip heads a bunch in order to win. Your opponent can prey on many of the 2-Prize Pokemon in your deck, such as Dedenne GX, or Crobat V. Try to play around their Mawhile GX’s ability by ensuring these 2-Prize Pokemon aren’t in your hand (get rid of them by playing Marnie or using Quick Ball to discard them). Keldeo’s GX attack is also a fantastic finisher in this matchup, and is often the card that creates a checkmate scenario for our opponent.
Zacian/LucMetal (Favourable) – Zacian/LucMetal is very good at denying KOs, however with Wailord V we’re bound to get an OHKO at some point. Your opponent is stuck having to 2HKO our Wailord V's, and we’re able to OHKO their Pokemon provided we flip enough heads (noticing a trend yet?). Some things to be cautious about in this matchup are resource wasting – LucMetal can put a dent into your energies with its Full Metal Wall GX attack, so be sure to play around that if possible. You can always take a turn to use Draw Up and recover those energy back if needed! Also, always try to go for the re-flip with Glimwood Tangle if it wasn’t an OHKO. The reason is the same reason I suggested in the Eternatus matchup, but it’s more important here because your opponent can heal (using Mallow and Lana) in this matchup. Also, be cautious of your opponent playing Chaotic Swell; for this reason, I like having my Marshadow UNB on the bench just in case I need to extinguish any Swells that might be in my way.
Centiskorch VMAX (Very Favourable) – Our opponent’s deck is almost entirely weak to Water, which means we only need to flip two heads to OHKO a Centiskorch VMAX! This is highly likely to occur when we have Glimwood Tangle in play, and even if we don’t, there’s a decent chance it may occur. Our main focus in this matchup is setting up, and even then we just have so much time on our opponent. While they’re generally able to do lots of damage, we’re a deck that aims to go second most of the time, which means their Volcanion will not get the bonus extra energies with its Flare Starter attack. We’ll typically load up a couple of Whales and truck along from there.
Pikarom (Slightly Unfavourable) – I have a very difficult time in this matchup specifically because our opponent is Lightning-type, and our Wailord Vs are weak to Lightning. I choose to attack with Keldeo GX in this matchup, because of its amazing Pure Heart ability! This ability nullifies any damage done by Pokemon EX and GX – in this case, Pikarom and Raichu can’t touch us. Their main attacker in this matchup will most likely be Boltund V, so provided we can KO the Boltund(s), the matchup will then get significantly easier. Either that, or we can gamble some luck and try to KO some Pikaroms using Wailord V! Remember, Pikarom only requires two heads to OHKO.
Baby Blacephalon (Even) – I find that modern Baby Blacephalon lists are very reliant on Giant Hearth and taking a positive Prize Card exchange. Against Wailord V, it’s very difficult to do that due to Wailord’s massively high HP. Blacephalon would have to discard seven energy in order to OHKO a Wailord V with a Cape of Toughness, which only nets them two Prize Cards! This matchup can be close if you hit them with Marnie at the correct time, or if you can clear out their Oricorio GX early off the board. This matchup becomes tricky if your opponent can use their Cramorant V to gain leverage against you by sniping Dedenne GX off of your bench, so try to only use Crobat V in this matchup. Time your Glimwood Tangles so that they remove a Giant Hearth from play, and also use your Marshadow generously to remove Stadiums.

Overall, this deck is very fun to play on the Pokemon TCGO app! I really enjoy flipping coins and seeing the expression on my opponent’s face. Overall, this deck doesn’t cost a surprising amount of PTCGO codes to make. The most expensive cards are the Dedenne/Crobat, and even those cards are worth the Pokemon TCGO codes because of their versatility in every deck.
If you’re looking for codes for Pokemon TCG online play, feel free to pick some up in our shop. We offer Pokemon codes at a very competitive price, and ensure instant delivery of your PTCGO codes directly to your email. Thank you for reading this article today on PTCGOstore.com! Have a great day.
SHARE THIS POST
Previous Post
Next Post 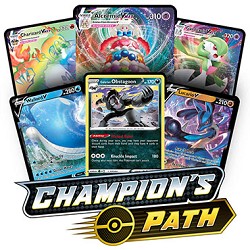 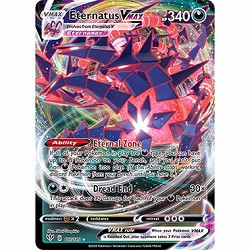 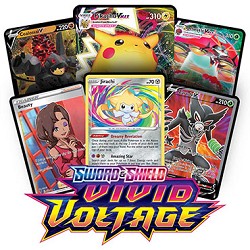